Who are the YanDrassi from Loud Ninja Games? 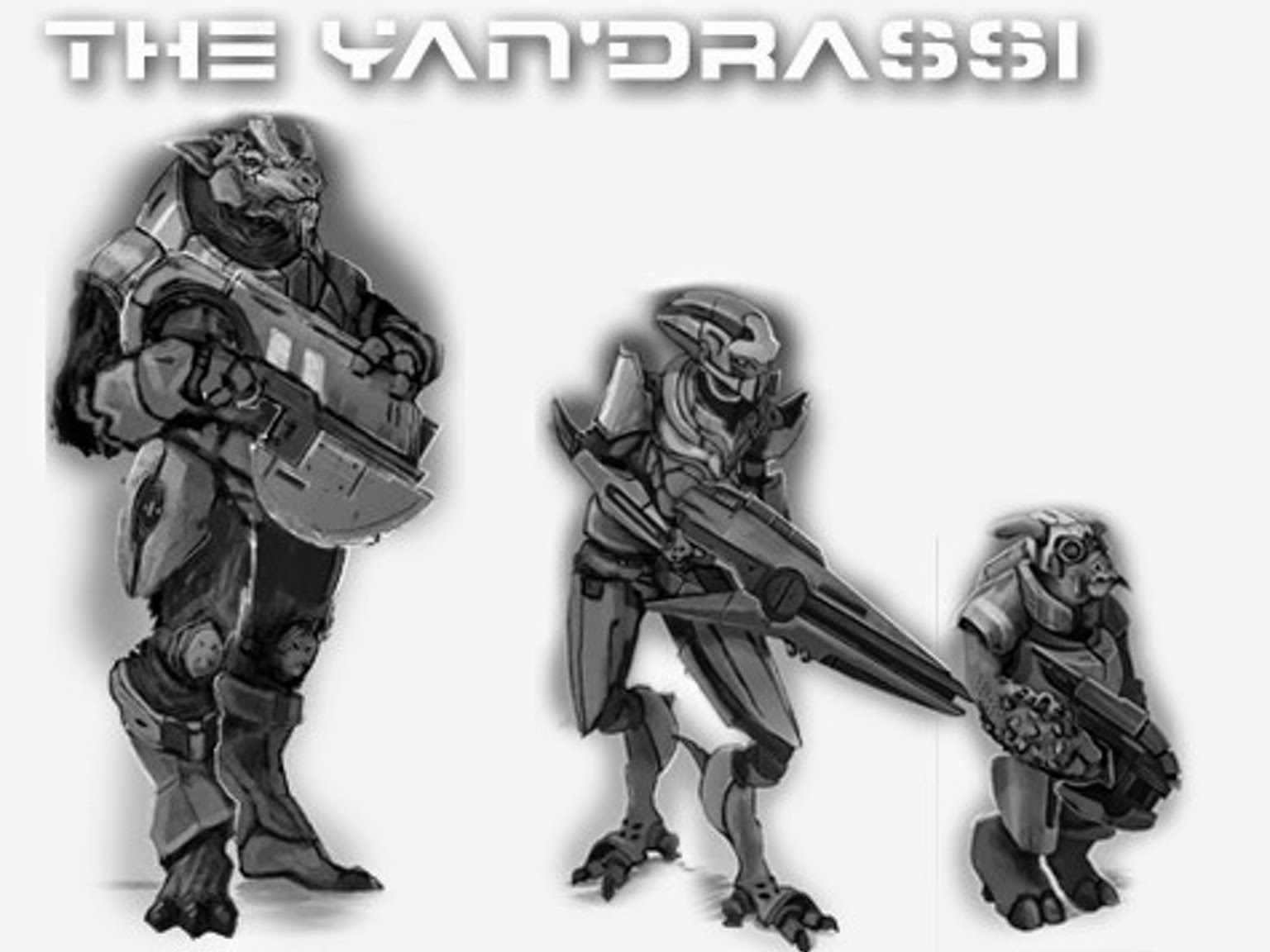 The Yan'drassi are collective of worlds all governed by the enigmatic and seldom (if ever) seen Yan. Each client race does its part to support the greater good of the Yan'drassi. Some do this through industrial, economic, or agricultural means while others have nothing but their own citizens to offer. These worlds with nothing of great value other then their people are those that make up the fighting arm of the Yan'drassi. The most commonly encountered species within the military orders are the Neeks, Tavshar, and Horgosi.

Neeks are a diminutive planet-bound species of humanoids who were saved from catastrophic overpopulation by the Yan'drassi. They send countless numbers of their people into the stars to fight for the Yan'drassi. Being very simple creatures, they are the lowest rung of the military order providing ample cannon fodder. Tavshar are a warrior race who, while possessed of interstellar travel and their own collection of conquered worlds, recognized a greater opportunity for proving themselves in combat by joining the Yan'drassi military order. They are artful, martial, and precise providing the military orders with a core of elite soldiers and leaders for less capable troops like the Neeks. Horgosi hail from a rugged world where they exist in a pre-stellar herd culture. Horgosi males prove themselves through duels and physical feats. Joining the Yan'drassi military order saved them from being used as labor and provided them with new ways to prove themselves. They are mostly used as assault troops.

The second successful Kickstarter Campaign run by Eli Ardnt the man behind Loud Ninja Games created the YanDrassi Empire a mixed species force of alien miniatures for use in 15mm science fiction wargaming.  This article sums up the information from the campaign along with images it used so that you can familiarise yourself with the ethos and ideas that became these great miniatures.

There is also a short blog post showing Stijn's painted YanDrassi which you can see HERE.  From the 5th of May 2015 this range is added to the Loud Ninja Games page on 15mm.co.uk where it joins the Chuhuac, Ikwen, Mutants and Alien Encounters in a growing collection.