The outer edge of Human Space is a dangerous place filled with planetary brush wars, raiders and alien menace. Sometimes your local governor just has to bite the bullet and call in the mercenaries. Tough and capable and paid by the day these fellow will keep you safe for a price.

Added to our existing HOF54 Rim Mercenaries, HOF82 Rim Mercenaries Patrol and HOF83 Rim Mercenary Support is our fourth pack in this part of the HOF Range. These mix ideally with the other packs for a varied force of a low to medium future tech level.

You can see all of the Human Rim Mercenaries codes HERE. 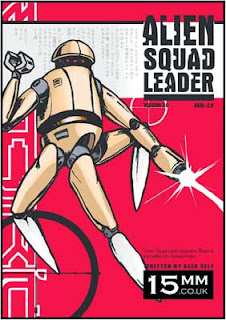 The Flower of Evil is a one piece white metal miniature which stands 34mm tall to the top of its fleshy petals. Scupted by Sam Croes based on the infamous artwork by Edward Jackson in UM013 USEME Eldritch Horror this code is the first in our 'EH' range.  Suitable for use in many scale from 6mm to 15mm and 28mm and as a chaotic plant as well as alien life its a versatile piece.  You could also use it as a part of your table scenics, a unique and disturbing objective in your wargames. In addition we offer an option of buy three and save ten percent on this code as EH01T.  Get it HERE.

As for the name...well I was asked in the office.  I am a big fan of the awesome guitar man Lesley West of 'Mountain' fame.  The miniature is named after one of their albums!

Add more plants to your wargame collection with codes from the HOF Range. 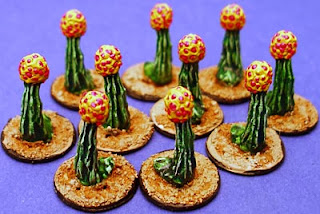 Requests from 15mm Historical Wargamers do not go unanswered as the entire Blemye Range is fifteen percent off with single figure purchase for maximum flexibility and choice. 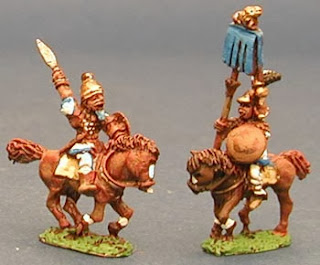 Lastly remember that the 15mm fun SN01 Snowmen are around only until the start of January 2014.

Over on the  'I see Lead People' blog Eli Ardnt has posted up painted previews of the Prang which will be coming to the SHM Range for 15mm.co.uk early in 2014.  While I cannot say much about this for the moment (for fear of being executed!) I thought I would share this with you all.

Eli sculpts for us in the SHM range and he runs the Loud Ninja Games brand too.  He sees the Prang as toady types but I am not so sure.  They are great looking little chaps and Sam Croes asked me if he could paint them to match up to the existing sole SHM34 Prang we have, see below.  I said sure and I expect to have the results in early January. 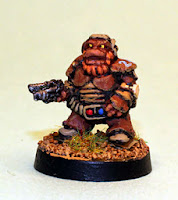 So until next year when more information is around....Prang out!