Today is a big day for the fledgling boutique miniature brand Loud Ninja Games and for all of us at 15mm.co.uk too because we are releasing three brand new packs designed by Eli Ardnt (he of Prang fame!) into their range. These new packs mark the first regular releases by Loud Ninja Games and they begin two new sections to the range on top and away from the Chuhuac space raptors. Alien Encounters and Wasteland Mutants. Read on for more and click through to see the new packs and pictures.

"Strange creatures from the stars, these aliens are perfect for space encounters, invasions, or menacing local teens in a B-movie style extravaganza." 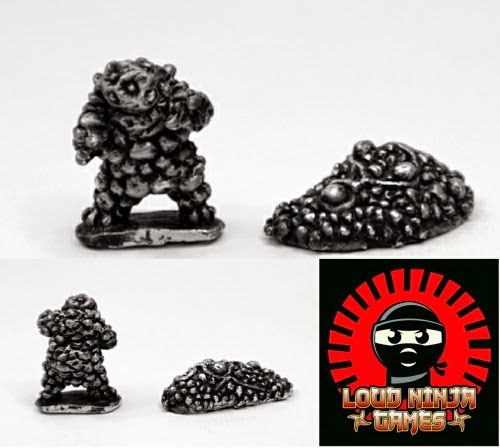 RAP013 Alien Encounters I
Tunnel Oozes are often found boring their ways through asteroids and seemingly dead planetoids. They use powerful acids to literally eat the rock, often leaving precious materials exposed in their wakes. Carbonians are a race of rock aliens who are powerful individually but nearly unstoppable as a people. Cruel and aloof, they delight in the torment of "lesser" beings. This pack contains two larger 15mm scale white metal miniatures. The pack price is 5.00GBP Go HERE.

"The wastelands of the blasted future are a dangerous and crazy place where sanity and even life itself have been challenged and often destroyed by the powers that brought the world to its knees. These miniatures are designed to be used in any post-apocalyptic or science fiction setting where wasteland peoples and creatures have developed." 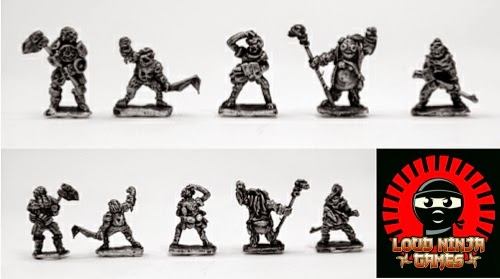 RAP014 Mutants I
This pack contains five different 15mm scale white metal human sized humanoid mutants with a variety of weapons. We call them Hackmaster, Chopper, Worry Wart, Mama Dog and Shark Grin and these gnarly fellows can form the core of your post apocalypse gang. Part of a range that is going to grow a lot and goes well with RAP015 Super Mutants I. This pack price is 5.00GBP. Go HERE. 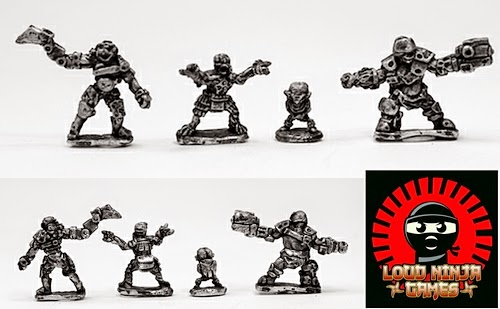 RAP015 Super Mutants I
This pack contains four different powerful mutants in 15mm scale white metal. These are the stronger, psyker, crazier and just plain more dangerous mutants that are great for leading your post apocalypse gang. We call them Reaper, Zebnerd, Brain and The Judge. Part of a range that is growing this year and great for being in charge of RAP014 Mutants I. This pack price is 5.00GBP. Go HERE.