The last release of the year for us at 15mm.co.uk is into the HOT 15mm Fantasy range but it would be equally at home in any 15mm Renaissance range of imagination too much like our Da Vinci Tank. Designed by Sam Croes and inspired by his love of odd creatures and monsters, taken from the works of the legendary Ulisse Aldrovandi (Aldrovandus) we present HOT110 Medieval Wyrm!  Go HERE or read on. 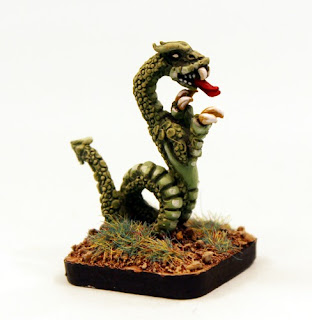 HOT110 Medieval Wyrm
This pack contains two identical white metal 15mm scale monsters.  About 20mm tall and cast in one piece this creature is inspired by drawings of Dragons made in the sixteenth century by the artist Aldrovandus.  Suitable for use in fantasy settings and for imaginations of Renaissance Europe too. Price 4.00GBP per pack.  Go HERE. 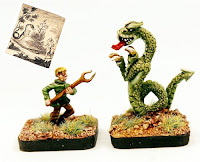 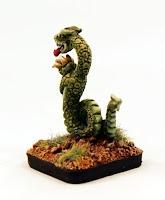 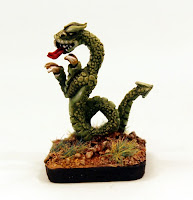 Here are some images of the new Wyrm comparing it to a 15mm tall Human peasant with pitchfork as well as some of our other monsters such as HOT3 Ogre and HOT103 Cockatrice too. 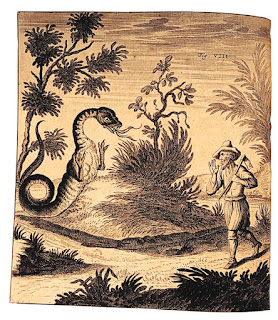 Also the original half millenium old artwork from which the creature was inspired.  You can learn more about Aldrovandus on this link. 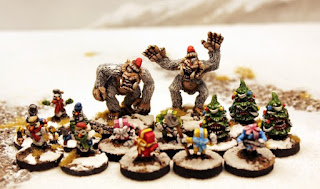 We will have more releases in the HOT range in 2017 and don't forget to get yourself some festive fun with our 15mm Festive Range including Evil Snowmen, Killer Xmas Trees, Snow Monsters and now Psycho Presents too.  Go HERE.