Three Versions of The Controller 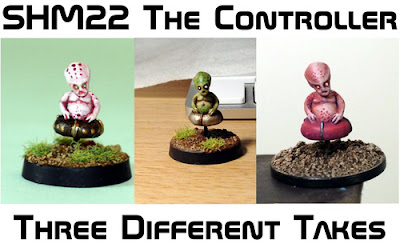 SHM22 The Controller is one of the most popular single figures in the SHM Range as part of its selection of 15mm science fiction miniatures.  Sculpted by Fjodin back in 2011 it has been featuring in collections ever since.  It depicts an alien overseer possessed of a mighty mind and a frail body. Overseeing the actions of his minion legions he is a foe not to be taken lightly. Perfect for the evil leader of an alien army.  You can see it HERE.

Two firm fans of 15mm science fiction sent their pictures of their own colour scheme for The Controller to us and this has allowed us to show our own and their take on just what can be done with this miniature.  I have seen other versions in yellow, in blue and in white so it is a figure that can be painted up in many different ways.   First our own studio painted version in pale and sickly pink. Then a version in green and silver (very fetching!) painted by Neal Key in the UK.  Lastly a deep pink and mottled version (very threatening!) painted by Ralph Plowman also in the UK.  Ralph has his own wargame blog which makes for fine reading HERE. 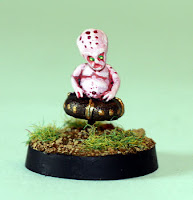 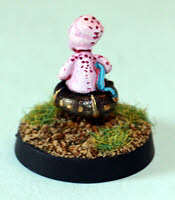 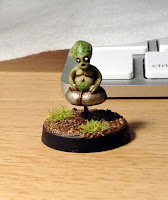 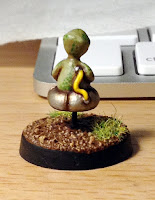 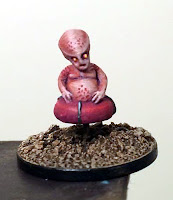 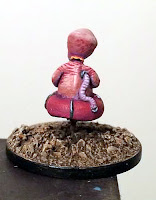 If you like to support the diversity that is growing in 15mm scale in science fiction then you should not overlook the SHM Range.  At 15mm.co.uk we are all about fostering wargamers talents and interests and to that end back in 2009 Gavin Syme (GBS) created the SHM idea.  'Self Help Miniatures' are designed by aspiring sculpters who in return for giving their creations to 15mm.co.uk get into the hobby and gain experience.  As a result a dozen designers (some of them working on their own right in the industry now) have submitted designs which made it to the SHM Range and this website.  If you are keen on seeing what it takes to get into this range then send us an email on sales@15mm.co.uk. Have a browse for unique miniatures that otherwise would likely not exist if it was not for SHM. 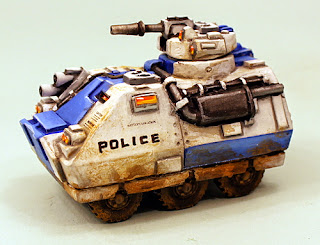 Lastly the current month is nearing its end and that means that our current special offers will be ending on 1st October 2015.  Here is what we currently have on offer and if you want to get some of these with a saving for your wargame collection then now is the time.  We have 15% off all the pack codes in the Security Force Alpha (SFA) collection which is part of the HOF Range.  Go HERE.

We also have value packs, warband packs and starter sets all of which save you money on 15mm Terrain, 15mm Fantasy and more.