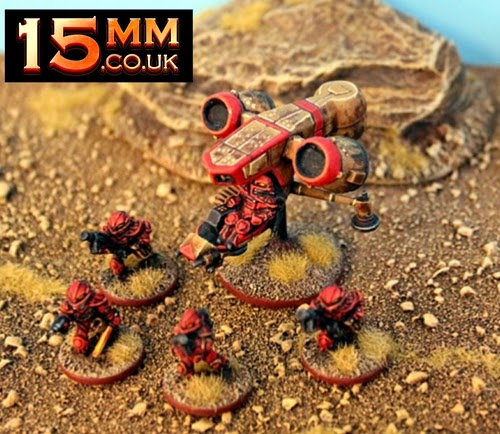 Before the team at 15mm.co.uk began the process of re-mastering the Laserburn vehicle range Sam Croes (lead designer at The Ion Age) and I had a series of conversations about the miniature range and its wonderful place in the history not only of wargaming but also the literal creation of what is now 15mm science fiction wargaming.  Sam Croes has assembled a small personal collection of Laserburn miniatures and some of the vehicles too.  This is a short posting about his personalised Sabre Jet Flyer.

I was asked by a fair number of 15mm.co.uk customers after a reference to this personalised Sabre if we would show it to you all.  Well here it is.  Enjoy.

You can find the V105 Sabre Jet Flyer on our website and the Imperial Troopers on the main Laserburn page but the Imperial Pilot is code 313 Crewman.  Here are some more images of the personalised Sabre in service of the Imperium: 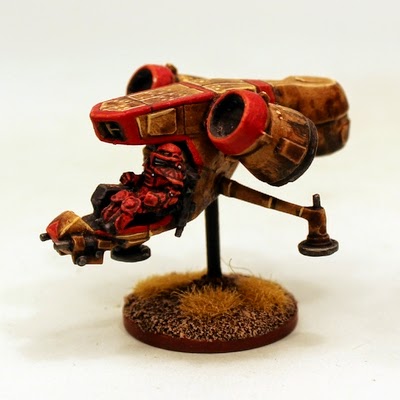 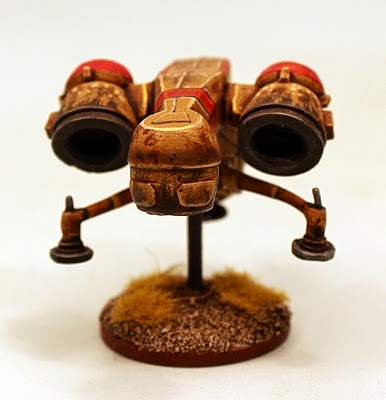 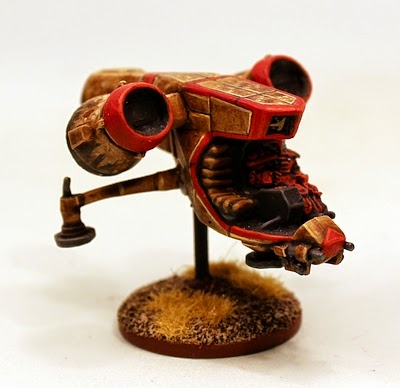 The paint scheme is one of the standard Imperial ones that goes well with desert worlds such as those favoured by the Redemptionists and the twin mottled yellows and strong red go well with Imperial powered armour.  Depicted in flight the Sabre might well be on patrol and the jet pods are angled for flight.  The Imperial pilot was altered slightly in order to fit into the civilian sized seat.  This modification was made by thinning down the back of the miniature and was straight forward.  Since the standard Sabre is unarmed a pair of small guns were added to the nose of the flyer.  While Sam Croes made these from scratch it would be an easy affair to add Laserburn Robo-Turrets to the nose or indeed top of the Sabre.  Its a great personalised small vehicle when paired up with a squad of Imperial Troopers.