Sneak Peek – Greens for new Trolls in the HOT Range 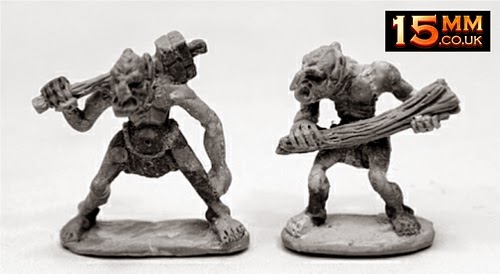 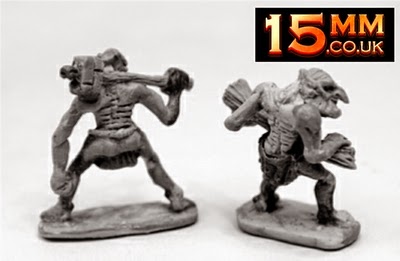 We are expanding our excellent and long running HOT (Hordes of Things) with new packs and among the first of these are two packs that have been topping the requests lists for a long time; Trolls. A central element in any Goblinoid army (Goblins, Orcs, Mountain Orcs, Hob Goblins and so on) are monsters and a firm favourite type of monster is the Troll. Big, ugly and stupid but with a feral lust for killing and raw flesh Trolls are really hard to bring down. So they fit right in with Goblinoids as a behemoth element in say a HOTT Army.

Our HOT3A Troll pack is a firm favourite and we must have sold literally thousands over the years of this pack. Lead designer Sam Croes looked at the original Troll very carefully and I asked him to be faithful to the styling of this original design. While there is no right way or wrong way to create a creature of pure fantasy there are styles to which you can assign your design. I favour what I would refer to as the high fantasy British approach when it comes to Trolls. Tall, rangy and thin with hooked noses and warts, pot belly and without intellect. This would be familiar to almost all wargamers as an approach. This is the approach that the original HOT3A Troll was designed under so it would be continued.

While the already existing Troll is hunched over and dragging a big stone headed hammer behind it the new greens feature a Troll in the same style (they could be monstrous brothers) but this one is standing up and has a similar but different style of stone headed hammer over its shoulder; its mouth open in a jagged toothed leer. The other new Troll is looking around while getting ready to dole out some pain with a gripped tree trunk. Each of these new greens is totally in scale with the original and stands around 25mm tall sole of foot to top of head. Provisionally these two will be supplied as codes HOT3C Troll and HOT3D Troll with two identical miniatures per pack. I think Sam Croes equalled the original Troll and they will all go well together in a little group of savage monsters.

If you enjoyed this short look at the new greens and have suggestions for an expansion to the HOT range then do let me know. You would be surprised how open we are to suggestions and creating what wargamers ask for. After all that is really just what these new Trolls are. We expect to release the new codes in a few weeks time.