This week we release four new miniatures into the SHM 15mm Range.  New unique alien miniatures all sculpted by Eli Arndt.  Eli has a large presence in the SHM Range which is open to any designer to submit miniatures both sci-fi and fantasy (contact us for details on sales@15mm.co.uk) to and it means you get figures that would otherwise probably never make it into your hands.  Go HERE.  For full information on this release please read on.

There are now more than nearly ninety different miniatures in the SHM range and this set can be had a pack or as singles.

SHMP24 Denizens of the Galaxy IV
This value pack contains ten white metal 15mm scale miniatures and offers a saving over single miniature purchase.  A random but even and fair mix of the following miniatures: SHM84 Phase 2 Biomorph, SHM85 Stovan Servitor, SHM86 Sand Dipper and SHM87 Thorn Crawler.  Great for any setting from space adventure to space opera to near future and post-apocalyptic madness with a hint of horror thrown in.  You can purchase one pack or purchase three with an additional ten percent saving off list price selecting that option on the page (that 10% more than the ten percent the pack saves you already).  7.00GBP per pack. 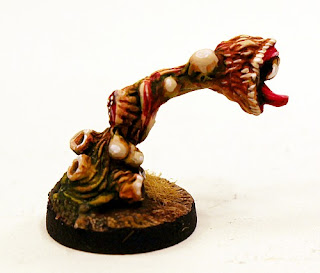 SHM84 Phase 2 Biomorph
One 15mm scale white metal miniature. Gene Splicers have a lot to answer for and top of the list is the late 23rd century creation of Biomorphs. Assembled from the DNA of several species and speed grown in vats the Biomorphs were seeded into conflict zones where they could exist for years easily. Often sprouting faces and ever changing teeth and eyes Biomorphs can sneak up or even drop from ceilings with deadly intent.  This is a large miniature about 30mm long follows up on SHM53 Biomorph. You can purchase multiples of one or select 'buy ten and save 10%' on the drop down product menu and save.   2.00GBP 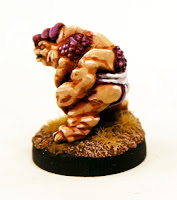 SHM85 Stovan Servitor
One 15mm scale white metal miniature. Stovan used to be a byword for peace and harmony but no longer.  The entire Stovan race was fungal captured by the Kilthreen in a planet wide invasion turning them into servitors.  These servitors were then sold to the highest bidder across the galactic plane.  Large, solid and long lived a Stovan Servitor can be a real if tragic asset.  This miniature is 25mm tall. You can purchase multiples of one or select 'buy ten and save 10%' on the drop down product menu and save.   1.00GBP 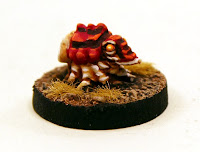 SHM86 Sand Dipper
One 15mm scale white metal miniature.  The Sand Dipper is a common sight on hot inner system planets across the core having been seeded by colonists centuries ago.  It is a hard carapace creature expert in digging and with excellent night sight. This miniature is 10mm long. You can purchase multiples of one or select 'buy ten and save 10%' on the drop down product menu and save.   0.60GBP 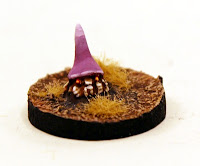 SHM87 Thorn Crawler
One 15mm scale white metal miniature.  Do not be made unwary by the small size of the Thorn Crawler for it is a lethal predator.  Virtually every cell in its body is poisonous to all known carbon based life.  This has cost countless lives and generally Thorn Crawlers are shot when seen and then burned for even handling them can result in a fatal exposure to poison. This small miniature is 7mm tall. You can purchase multiples of one or select 'buy ten and save 10%' on the drop down product menu and save.   0.50GBP